He was born March 4, 1929, in Opole, MN, to Henry and Mary (Krawiecki) Bialka, the fourth of nine children. He graduated from Holdingford High School, St. Cloud State Teachers College and received his Master’s Degree from Bemidji State University. He served in the U.S. Marine Corps during the Korean Conflict.

After returning home from service, Arthur married Geraldine Korman on June 7, 1954, at St. Anthony’s Catholic Church in St. Cloud. Together they had five children: Michael, Patrick, Sherry, Bruce and Judy. He adored his wife, family and grandchildren.

Arthur began his career as a teacher in Bellingham, MN before moving on to Maple Lake, MN. In 1965, he and his family moved to Brainerd, MN where he taught at Brainerd Area Vocational Technical Institute until his retirement in 1984.

He was a member of St. Francis Xavier Church in Sartell, Waite Park American Legion and the Marine Corps League. Art loved to play cards, shake dice, fish and was proud of his many woodworking projects.

Services will be private. Arrangements are being handled by Williams Dingmann Family Funeral Home, Sauk Rapids.

In lieu of flowers, memorials are preferred.

The family would like to thank the St. Cloud Hospital staff, especially the Med 2 Nurses Station. 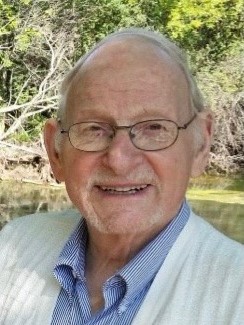