Clarence Vernon LaBorde, age 78 of Fairfield Township passed away January 25, 2022 in the arms of his loving wife Laurel whom he was married to for 57 years. Surrounded by his daughter Nancy and three sons, Michael, David and Thomas. Clarence lost his battle with the diseases he fought so hard to overcome.

Clarence was born June 1, 1943 to Violet (Bennett) and William LaBorde in Fairfield Township.

He graduated from the Crosby-Ironton High School and Dunwoody Institute. Clarence was raised in the home of his brother George and family and grew up next door to his life long friend Phil Rono. Clarence enjoyed hunting all his life especially with his boys and grandsons of whom he was so proud. He told deer stories for hours to anyone who would listen right up to the hunting season of 2021. He enjoyed his many tractors, his side by side and he spent a lot of summer hours keeping his lawn mowed. He collected belt buckles from all over the states as he traveled to and from California and Arizona. Where ever he was you would find several lawn chairs where he loved to sit and visit with his friends and family. Clarence was a story teller and loved pulling jokes.

Clarence retired from the Teamster Union Local 346 as Principal Officer and JC 32 Officer May 30, 2001 after 32 years. He began his union work in 1970 at the Scorpion Plant where he was elected the only full-time steward. In 1974, he became a Trustee on the Local 346 Executive Board. Two years later, he was hired as full-time Business Agent. In 1979, he moved to the office of Recording Secretary; in 1983, to the office of Vice President and in 1985 to the office of President. In 1994 Clarence became Secretary-Treasurer the Principal Officer of the Local. He also was Chair of the Teamsters Local 346 Health and Welfare Fund and a Trustee on the Minnesota Construction Health and Welfare and Pension Funds under the Minnesota Highway and Heavy Contract. In 1985, Clarence was also elected to Office of Trustee on the Minnesota Joint Council 32 Executive Board and 1998 he became the Council’s Recording Secretary. At the Teamsters regional level, he served as Recording Secretary for the Central States Policy Committee of the Construction Division.

Clarence was preceded in death by his parents; brothers, George, Clifford, Ted and Floyd; and his sisters, Alvina, Ethel and Gladys.

Clarence is survived by his wife Laurel; his children, Michael, Nancy, David (Tami) and Thomas (Jessica); numerous grandchildren and great grandchildren; his sister, Irma (Ed) Rose and many nieces and nephews.

A Visitation will be held from 1:00 p.m. to 4:00 p.m. on Sunday, January 30, 2022 at the Koop Funeral Home in Crosby. A private family funeral will be held with burial at the Pine Ridge Cemetery in Emily. 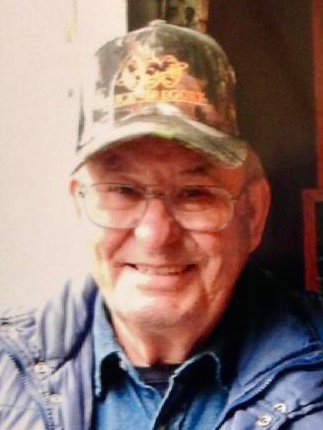