James Darrel Mark was born on May 20, 1931 during a blizzard in McVille, North Dakota and passed away peacefully at his home surrounded by his family on February 19, 2022. He was the only child of Melvin (Barney) and Cora (Peterson) Mark. Jim was a very much-loved husband, father, grandfather and great-grandfather. He was kind and loved by his extended family and friends and has left a huge hole in their lives, but not in their hearts.

Jim grew up in Fargo, ND and graduated from Fargo Central High School in 1949. He attended Concordia College in Moorhead, MN where he earned a degree in History and Education in 1953. He served in the US Army during the Korean War, from July 1953 to June 1955. He was honorably discharged and continued his higher education at North Dakota State University in Fargo, graduating with a Masters’ degree in History in 1958. Jim taught school in Fargo for a time and moved to Brainerd in 1958, where he taught at the high school for 32 years, retiring in 1989.

Jim was a talented bass and tuba player and participated in several CLC theater productions as well as being a member of the original Geritol Frolics. He performed in local dance bands throughout the sixties and seventies.

Jim continued to serve his country as a 65-year member of Post 255 of the American Legion in Brainerd and the 40 & 8. Member of the Sons of Norway. Member of Trinity Lutheran Church since 1958.

A Celebration of Life will be held at Trinity Lutheran Church in Brainerd, MN on Monday February 28th. Visitation at 10:00, service at 11:00. Pastor Hans Anderson will officiate.

In lieu of flowers memorials can be made to Trinity Lutheran Church in Brainerd. 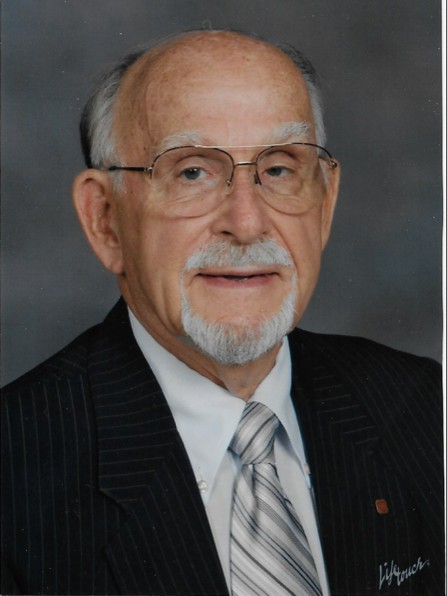