Mardelle Fern Parker passed away Friday, March 11, 2022, at the home of her daughter in Mesa, AZ, just six days after celebrating her 100th birthday.

She was born in South Long Lake Township in Crow Wing County on March 5, 1922, to Blix and Nora Kyllingstad. Mardelle was one of nine children all preceding her in death but her younger sister, Audrey Kyllingstad Thompson of Seattle, WA. The family moved to a small farm outside of Pine River. After graduating from Pine River, she went on to teach school for two years in Bagley. Mardelle and two of her sisters, Carol and Audrey, decided to help the war effort and moved to Seattle, WA to become part of the Rosie the Riveters at Boeing Aircraft. While there, she met and married Robert Parker from Brooklyn, NY who was stationed there. Together, they have one daughter, Mardelle Parker Sandison Fuller, two grandchildren and three great-grandchildren. Mardelle became a bookkeeper and enjoyed working at Auto Import in Brainerd for more than 20 years. After Bob died in 1987, she and her daughter moved to Arizona. Mardelle continued to travel to see her family. She embraced her daughter’s second husband, Daniel Fuller and his three daughters and four great-grandchildren. She lived at over 40 different addresses, she loved moving and new adventures.

A Celebration of Life will be held at Nelson-Doran Funeral Home in Brainerd at 11:00 a.m. on Saturday, June 4, 2022. Family and friends are invited to gather one hour prior to the service. Interment will be at Vaale Cemetery. 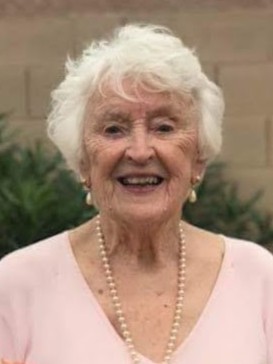