Pat of East Gull Lake, formerly of the Twin Cities area, lost her battle with dementia September 28th. while her body has succumbed, her spirit remains alive with her family and friends.

Pat was God’s gift to Mary and Wally Hammer after more than 8 childless years. She was born in St. Paul on January 9, 1939. An only child, Pat shared her formative years with her parents, learning how to fish with a drop line, play poker and care for others. Her scholastic career was marked with accomplishments, both academic and extracurricular. She attended Monroe High School (Class of ’57) in St. Paul where she was a class officer, head cheerleader and homecoming queen. Her working career included part time jobs, babysitting and, after high school, more than 5 years with Minnesota Mutual Life, where she met her husband, Bob.

Pat’s most important career was as a caregiver. That began with the birth of Pat’s and Bob’s first child, David John. After multiple hospital stays during the first year, David was diagnosed as mentally handicapped. From then on until his death at age 3 1/2, David was Pat’s number one priority, and she did everything she could to extend his life and to make it as comfortable as possible. Fortunately, three healthy children followed, and each of those received the same caregiving focus that was Pat’s hallmark.

Illness within the family, Bob’s heart attack, her mother’s uterine cancer and brain tumor and her father’s dementia brought out new aspects of Pat’s caregiving capabilities. As an only child, the burden of dealing with her parents’ challenges was hers alone. Through her devotion and energy, she helped them as best she could and managed their transitions to new stages of their lives, impacting them in many positive ways. Her mother’s last few years before her death were some of her happiest because of Pat’s guidance and good choices.

Pat was a lifelong fan of Minnesota sports but especially enjoyed hockey including high school tournaments, the North Stars and the Wild. Any grandchild activity (dance recitals, track and field tournaments, hockey, football, and baseball) would get Pat to the sidelines and bleachers to root for her loved ones. A late sports interest was soccer as she cheered for her two grandsons in their bids for state high school titles and also cheered on the Johnnies and her all-conference grandson.

Pat is survived by Bob, her husband of 59 years, daughters Kathy (Terry) Mergens, Mary (Jim) Boerjan and Susan; four grandchildren, Maria (Aaron) Krook, Chis (Brooke) Mergens and Zack (fiancée Maddie) and Jake Boerjan; great-grandchildren, Cooper, and Kennedy Krook, as well as other relatives and friends. Pat was preceded in death by her parents and her son.

Mass of Christian Burial will take place at 11:00AM on October 3rd at All Saints Catholic Church on Carlson Lake Road. Visitation will be one hour before mass in the Social Hall. Interment at St. Thomas of the Pines Cemetery. All attendees are invited to lunch at the church Social Hall.

Memorials requested to All Saints Church of Baxter/Brainerd or to the Alzheimer Association. 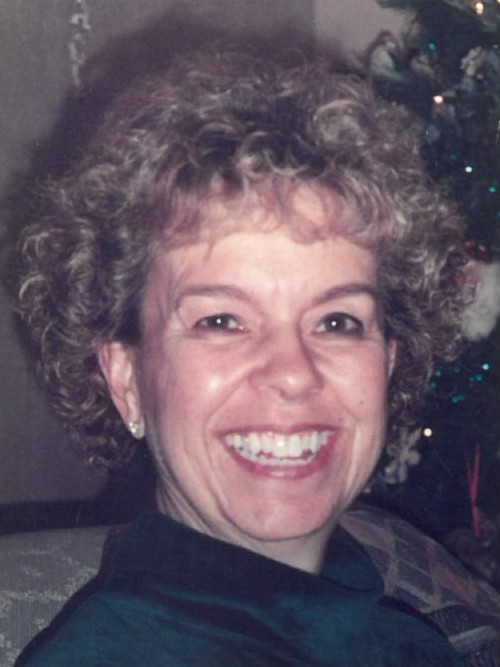