Paul L. Richards, age 73 of Baxter died on January 25, 2022 at Essential St. Mary’s Hospital in Duluth due to septic shock and renal failure. He was born on July 31, 1948 in Crosby to LuVerne and Clella (Henry) Richards. Paul graduated from the Crosby-Ironton High School, class of 1966. After graduation he joined the U.S. Navy, serving from 1966 to 1970, he was stationed in San Diego, CA and Hawaii. In 1985 he joined the U.S Army National Guard, retiring in 2001.

He was a 50 year member of the Myrin-James American Legion Post #443 in Ironton, where he enjoyed visiting with fellow veterans. Paul also enjoyed watching or listening to sports especially the Twins and Vikings; was an avid news hound, reading the watching TV on things concerning to him and working outside in the garden and mowing the lawn. Paul and Pam liked traveling, enjoying trips to Hawaii, Las Vegas, California, North and South Dakota, Cancun and Laughlin Nevada.

Preceding Paul in death are his parents; and one brothers Burnell “Burnie” Richards; and 2 nieces. 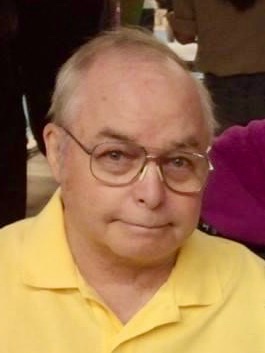