Memorial services will be held on Tuesday, January 3, 2023, at 1:00 p.m. at Nelson-Doran Funeral Home in Brainerd. Family and friends are invited to gather for one hour prior to the service and on Monday evening from 5-7:00 p.m.

Robert was born on September 28, 1965, in Stillwater and adopted by Robert and Verla (Haney) Billman. He graduated from Brainerd High School in 1984 and went on to graduate with a bachelor’s degree from St. Cloud State University. Rob’s career in the construction industry started early on when he built his first house alongside his father. His creativity also led him to woodworking, gardening and creating other forms of art. He was caring, talented, intelligent, had a witty sense of humor, was a great role model to his sons, and nobody would complain if they received a can of his homemade sauerkraut. 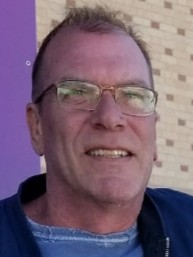